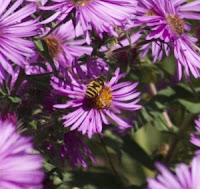 Spring is on its way, for most people, anyways. The weather has been weird here, but when you’ve lived in New York for your whole life like I have, you come to expect nothing less. It’s beautiful out today, but it could just as easily snow or sleet tomorrow. But, in the normal states and in other parts of the world, winter is melting away to reveal singing birds and buds on the trees.
Spring is the season for new life and new beginnings. With all the animals waking up from hibernation and returning from their winter homes in the south, what better way to welcome the new season and the animals than transform your yard into a wildlife friendly haven? That may sound like a daunting task, but it is, after all, a Green Challenge. In truth, you can make the process of inviting wildlife to your property as easy or as difficult as you want. For those of you who already have gardens, the process will be significantly easier.

Recently, a headline caught my attention, and I thought the story that accompanied it would be perfect for this week’s focus on food waste. If you’ll recall from this week’s harsh facts, while many American’s waste horrendous amounts of food, others rely on food stamps for survival:

“The average American wastes 209-254 pounds of edible food each year, while 17.2 million American households in 2010 were deemed “food insecure,” meaning it was difficult to provide food for everyone in the family. About 46 million Americans, or one in every seven people, relied on food stamps that same year.”

The headline was: SNAP Food Challenge: 1 family, $16 per day.

A family of four living in Massachusetts, including Peter and Nova Biro and their 9-year-old twin daughters, Sophie and Lily, decided to take on the SNAP (Supplemental Nutrition Assistance Program) Food Challenge for one week earlier in March. They tackled this challenge to raise awareness about hunger and poverty and supplement Nova Biro’s work with LeadBoston. 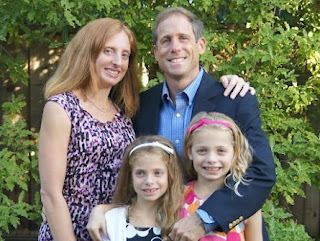 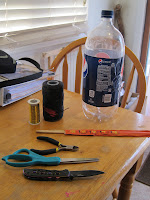 This project was adapted from a more decorative, intricate project I found online, which you can find here: http://www.favecrafts.com/Green-Crafting/Plastic-Bottle-Birdfeeder#
My version is more simplified. Mine is also less aesthetic, but don't let that discourage you from using your plastic bottle bird feeder. You can customize your bird feeder in any way you like to make it look, well, less like a plastic bottle. The bird feeder made from favecrafts.com is beautiful! So, if you're feeling crafty, check out the link above.

This project involves some cutting, so please supervise your children or do the cutting for them to make sure they don't get hurt. I'm going to make my own plastic bottle bird feeder as I write this post, and add pictures of my progress as I go!


Thank you for your understanding and patience about Monday's postponement. Again, please excuse the inconsistent formatting... I have sent a complaint to Blogger about that.

Harsh Facts of the Week


These harsh facts will be part of a theme I have decided to focus on this week: food waste. I thought the topic of food waste would go along nicely with this week's Green Challenge, which takes some of your food waste and recycles it into rich, healthy soil. I pulled some of the facts from a web page entitled: "Americans go hungry in a land of massive food waste," which is starkly and sadly true. Stay tuned for Friday's "Suggested Reading" post, which will actually feature a video instead of a book: a TED Talk by Tristram Stuart on the topic of food waste. Stuart is mentioned in today's Harsh Facts.

Roughly one-third of the edible parts of food produced for human consumption is lost or wasted globally, which amounts to about 1.3 billion tons per year.


The average American wastes 209-254 pounds of edible food each year, while 17.2 million American households in 2010 were deemed “food insecure,” meaning it was difficult to provide food for everyone in the family. About 46 million Americans, or one in every seven people, relied on food stamps that same year.

Tristram Stuart visited British farms to understand how quality standards affect food waste, including M.H. Poskitt Carrots. In total, 25-30% of all carrots handled by M.H. Poskitt Carrots were out-graded. About half of these were rejected due to aesthetic defects (i.e., wrong shape or size, not orange enough, broken, having a cleft or blemish).
Read more »
Posted by Unknown at 2:11 PM No comments:


First, I want to say that I’ve immensely enjoyed my first week of maintaining Viridorari and providing information to the masses about the importance of the environment and being greener. Already I have been getting positive feedback from people, and I’m excited to start a second week of posting.

This week’s Green Challenge is something my mom and I have been talking about doing for a while. My challenge to you is to start a compost pile, if you haven’t already. If you do have a compost pile, then sometime this week I want you to A) have a discussion with someone who doesn’t compost about the benefits of composting, or B) direct someone who doesn’t compost to this post on Viridorari.


Composting is an easy and efficient way to reduce your negative impact on the planet, and just for the sake of convincing you how awesome and simple it is, today I will feature Viridorari’s second weekly Guest Writer. Please welcome Alexandra to Viridorari!
Read more »
Posted by Unknown at 8:18 AM No comments:

It is my pleasure to introduce Viridorari’s first guest writer, my eleventh grade English teacher, Rebecca DeSol! Mrs. DeSol is an inspirational and insightful human being with an unprecedented amount of devotion to her students. When I leave high school and head off into the world, I will remember her for her caring soul and our shared enjoyment for deep, philosophical conversation. She is one of the best high school teachers there is, and I can’t think of anyone better to kick off Viridorari’s “Suggested Reading” section. Today, she will be sharing Feed with you, a futuristic fiction novel by M.T. Anderson she teaches her students. While the focus of this book is the influence of technology on society, it also provides a horrifying view of what our future planet could be like if we keep traveling on our path of environmental destruction. First, I’ll get you started with some information about Mrs. DeSol, and then I’ll let her sweep you away with her prolific and thought-provoking writing.

Mrs. DeSol teaches at Pal-Mac High School, and she wishes she had the time and energy to ride her bike to work, she would like to see renewable energy made more available, and she needs to save her money for a house with a bigger backyard so she can grow more vegetables to eat and share with friends in the summer.  In the meantime, she composts when she can (trudging through a foot of snow makes a garbage can appealing sometimes), avoids eating meat, and believes her students will not only find the answers they seek, but act upon their questions, continuing to change our world for the better.
Read more »
Posted by Unknown at 3:12 PM 1 comment:

Due to the length of the post, the "Suggested Reading" section featuring Viridorari's first guest writer will be published as a separate post from "Activism Spotlight." Normally, the two sections would be posted together.

To go along with this month's chosen animal, the Giant Golden-Crowned Flying Fox,  this first Activism Spotlight will shine on an organization called Bat Conservation International (BCI). Founded in 1982 by Dr. Merlin Tuttle, and based out of Austin, Texas, the mission statement of BCI is to conserve the world's bats and their ecosystems to ensure a healthy planet. BCI recognizes that bats are vital to the world's ecosystems, but are unfortunately among the mos misunderstood and endangered species in the world. BCI conducts and supports global science-based conservation efforts. Their innovative programs combine research, education, and direct conservation to ensure bats will be around to maintain their ecosystems and sustain human economies for a long time.
Read more »
Posted by Unknown at 2:45 PM No comments:

Supplies Needed:
This will be a fun project for the kids that will allow them to draw and color and be creative. Be sure to supervise them with cutting the boxes, or do it for them, so they don’t get hurt and so the measurements are done correctly. If you’re going to let them do the cutting, it might be easier to mark the boxes beforehand so they know where to cut. Also, avoid buying new paper for this project. Use paper that you already have! Reduce, reuse, recycle!
Read more »
Posted by Unknown at 10:05 AM No comments:

I hope that including harsh facts about the state of our environment on Viridorari will give people the jolt that they need to start taking action to incorporate greener habits into their lives. This week's facts are geared toward Americans, and these facts did not surprise me. I love being a United States citizen, but the one thing about my country that I’m most ashamed of is our staggering amount of inherent wastefulness. Waste is something all of us, not just Americans, but especially Americans, need to work on. Brace yourselves!

The United States has 5% of the world's population and 30% of the waste, and the United States industry admits to 4 billion pounds of toxic pollution released each year. They key word in that sentence is "admits." We generate 4.6 pounds of trash per person per day on average int he United States, an amount doubled from thirty years ago, and the most in the world. If we put all the solid waste collected in the U.S. (I'm assuming annually) in a line of average garbage trucks, that line of trucks would cross the country, from NYC to L.A., more than 100 times. Finally, 99% of the things we buy are not in use after 6 months.
One website also offered up a very moving quote:

"Our enormously productive economy... demands that we make consumption our way of life, that we convert the buying and use of goods into ritual, that we seek our spiritual satisfaction, our ego satisfaction, in consumption... we need things produced, burned up, replaced, and discarded at an ever-accelerating rate."
-Retailing analyst Victor LeBeau just after World War II.

This first Green Challenge is based off of a commitment I made recently: I am no longer driving to school, even when I stay after for clubs and extra help. As much of a luxury as commuting in my own car is, it’s wasteful. There’s a bus for me in the morning, a bus when school is over, and an after school bus if I need it. Whether or not I drive, the buses continue on the same routes every day, using the same amount of gas. By driving in a separate vehicle, I’m just adding to gas usage and emissions.
Read more »
Posted by Unknown at 10:47 AM No comments: