When all else fails

When I was in Ohio and I called my dad to tell him I was coming home from the Climate March early, I was in a state of both sadness and disbelief. I couldn't believe that Houston-based Crestwood Midstream had received federal approval to store methane in salt caverns along Seneca Lake, my home, and I did not want to leave my March family. He assured me I was doing the right thing. 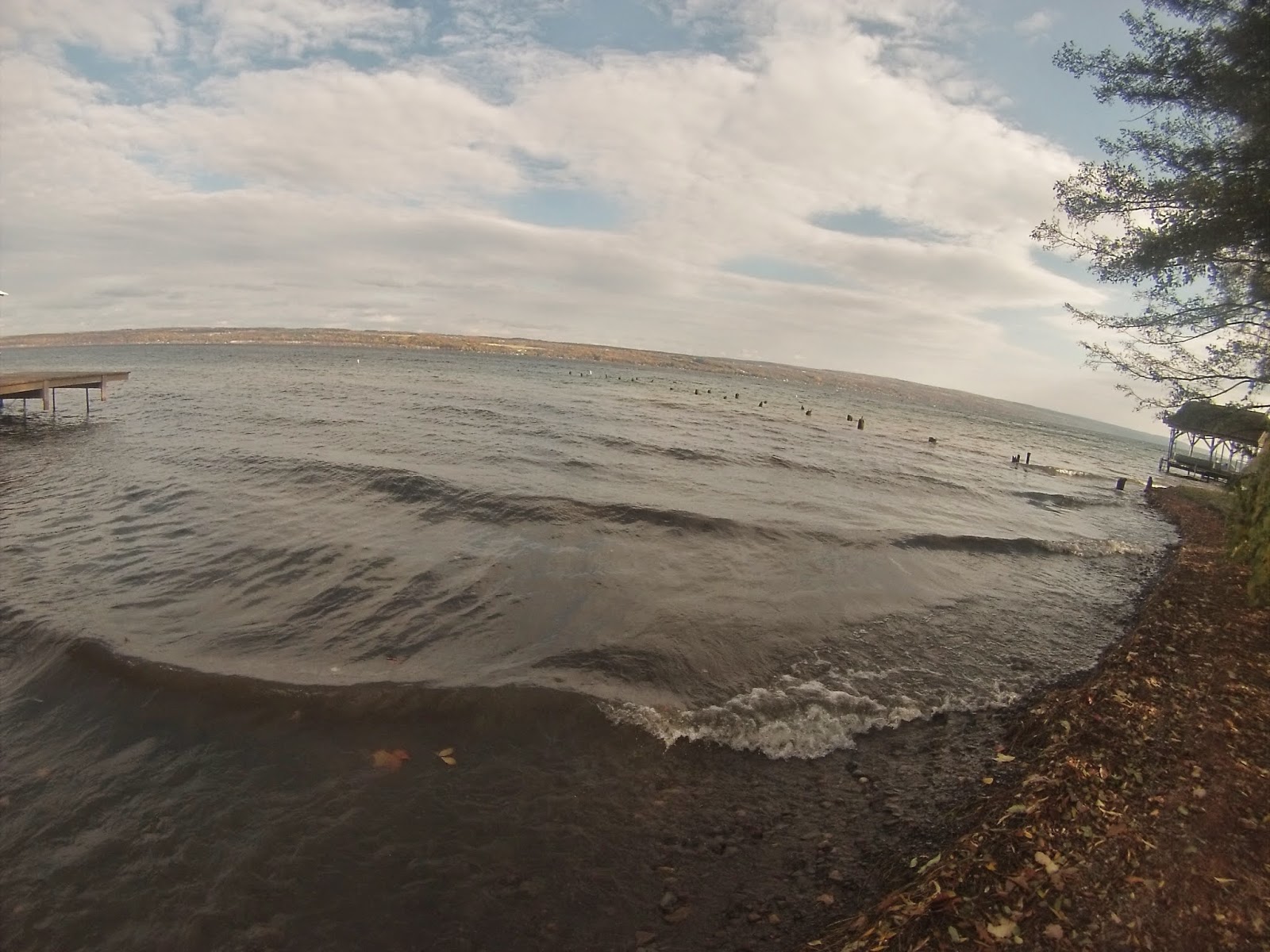 Seneca Lake
I know he's right, but it's hard to believe that it is the same fight. The type of work and the mood of the situation here at home is entirely different from the Climate March. The March is addressing the broader issue of climate change, which encompasses gas storage on Seneca Lake along with hundreds of other projects around the country and the world. Our primary activity is walking and experiencing our world and the stories of the people living in it. It is our responsibility to bring the concerns, questions, hopes, dreams and prayers of the American citizenry to President Obama's doorstep.  We live in community, and we are constantly surrounded by love and friendship.

Back here in Upstate New York, the story is much different. Although I am making many new friends (none of them my age) and finding a place in a new community of inspiring people, the tone is more focused and serious. While the Climate March is mostly an awareness-raising, mind-awakening crusade across the country, the fight to save Seneca Lake is exactly that; a fight. A battle. We are waging a weaponless war.

With a heavy heart, on October 10th I left the Climate March on the same day it crossed into Pennsylvania, and I returned home to New York. Recently, the Federal Energy Regulatory Commission (FERC) approved Texas-based company Crestwood Midstream's proposal to store methane in old salt caverns along the Western shore of Seneca Lake. This, I had told myself, would be the one situation that would draw me away from finishing the Climate March early. So, here I am.

I soon discovered that I was not only returning home to a lake in crisis, but also a mother in crisis. 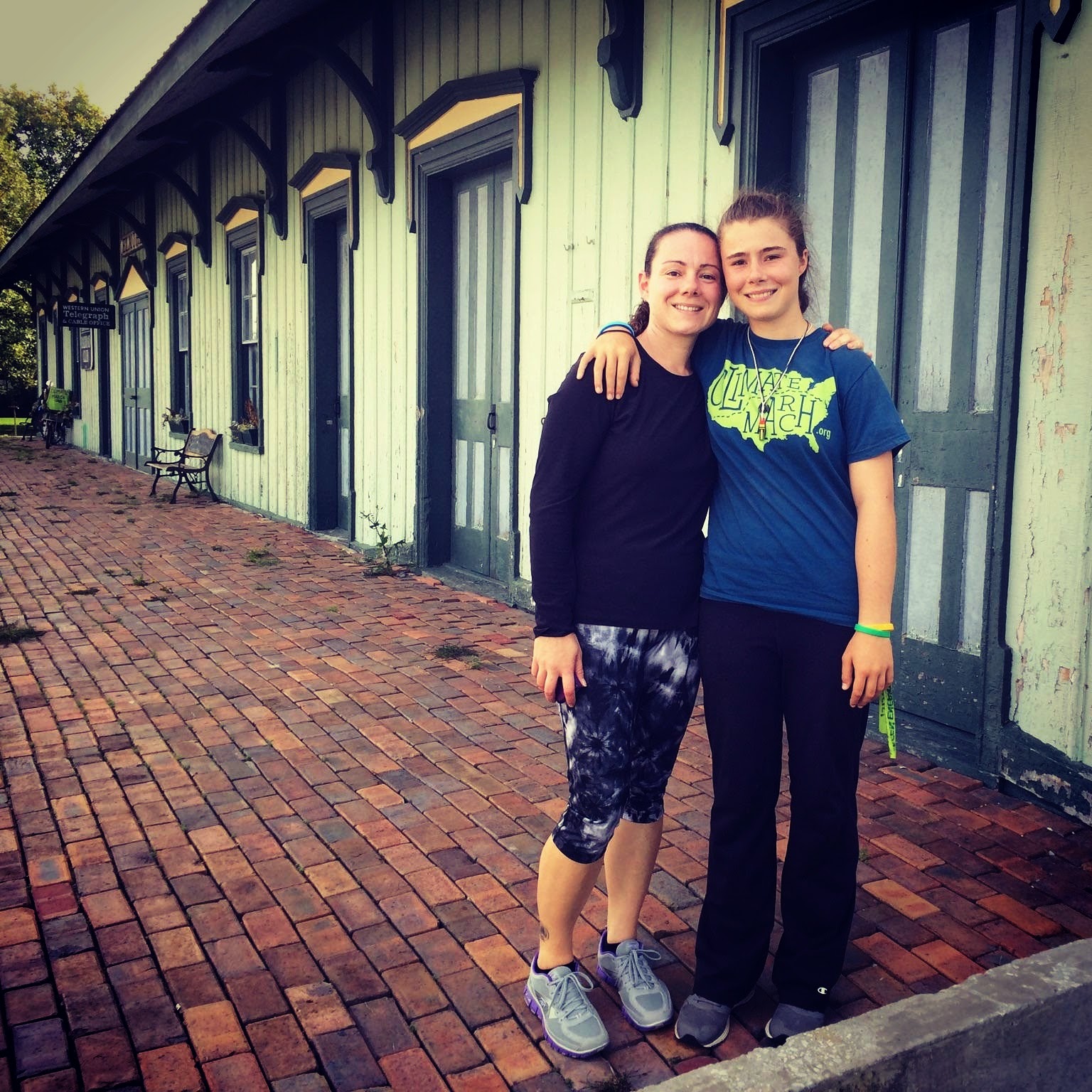 Two nights ago my heart was broken as my mom broke down in tears and sobbed in a panicky voice about the outside pressures she was feeling in her life.

The day after the largest climate march in history flooded the streets of New York City, a group of 3,000 impassioned citizens flooded Broadway outside the entrance of Wall Street, and a little over 100 of them were arrested after a long day of occupation. Five of the people arrested were my fellow Climate Marchers. 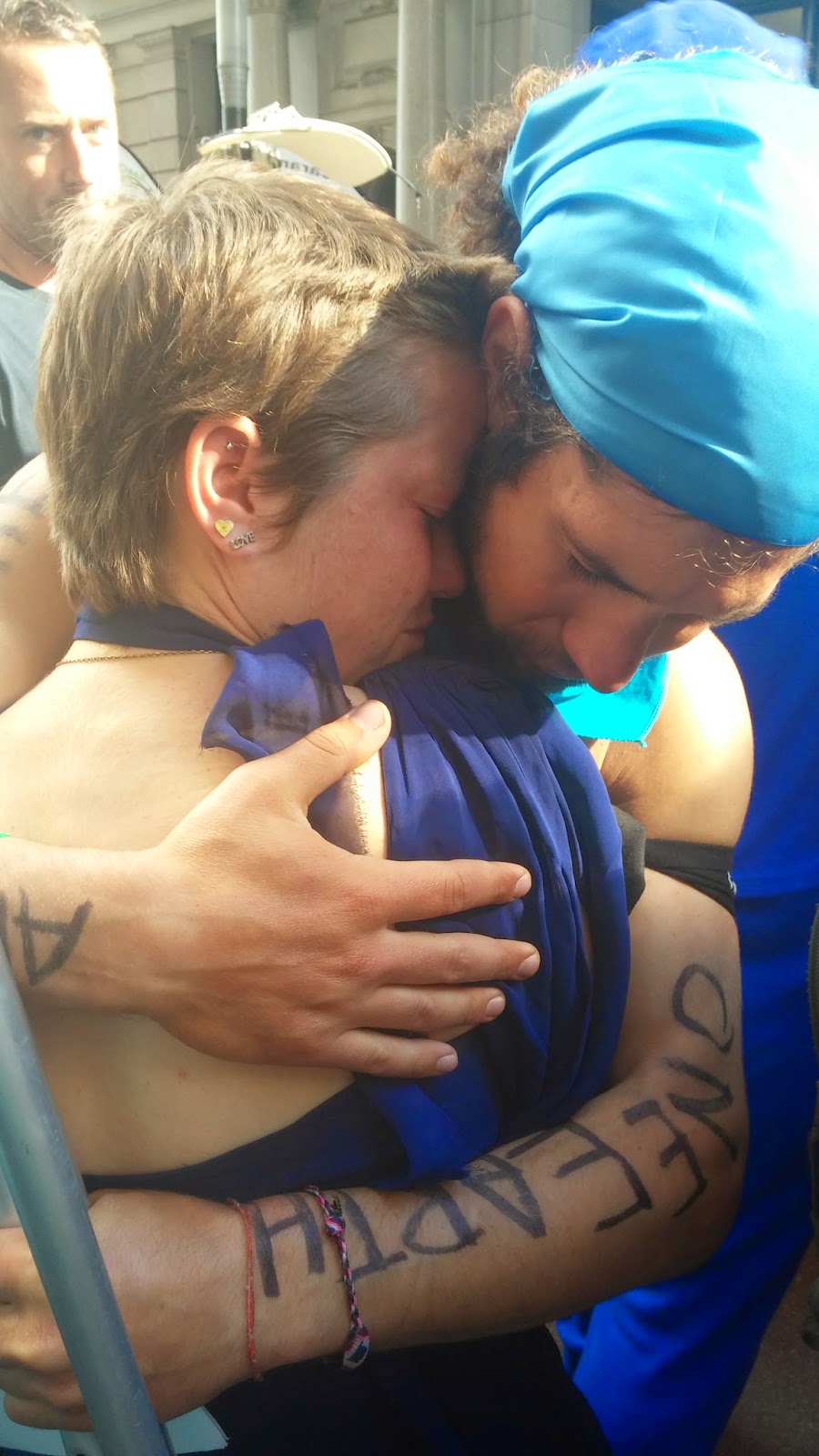 Here are Marchers Sean Glenn and Mack McDonald, two of the five arrested 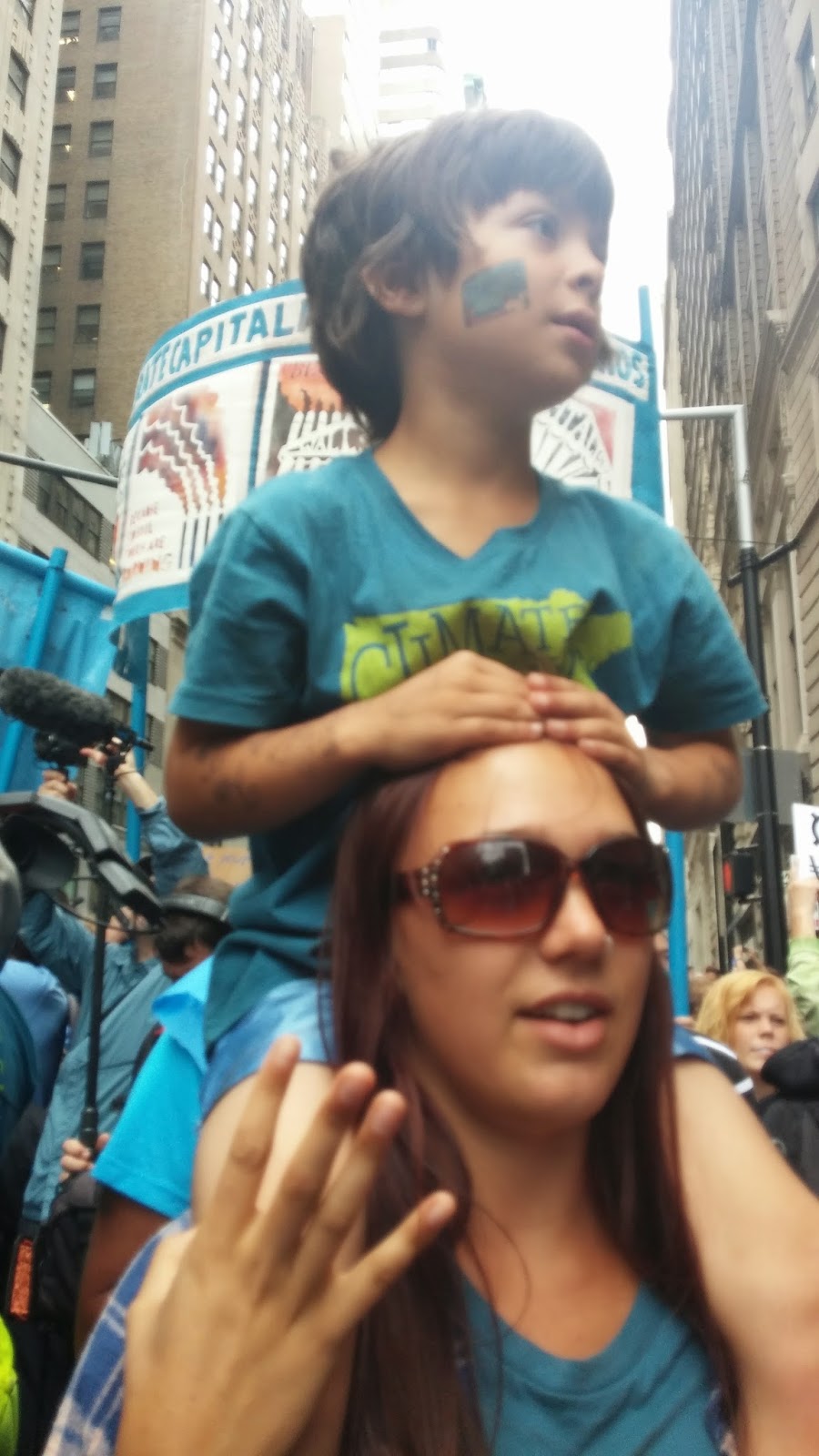 Marcher Kelsey Juliana carrying Simon, 6, on her shoulders during Flood Wall Street
Read more »
Posted by Unknown at 7:40 AM No comments: